In the 1970s, under the direction of Prime Minister Pierre Trudeau, Canada officially adopted a policy to promote multi culture, and ever since it’s been an important part of the Canadian identity. Canada has one of the highest immigration rates per capita among developed countries. In 2018 alone, Canada welcomed over 310,000 immigrants into the country. 57% of those immigrants arrived as skilled workers. The rest were refugees or to join family already living in Canada. Altogether, 22.3% of the Canadian population identifies as a visible minority and 21.9% as foreign-born.
Canada is also known for its ‘mosaic’ approach to multiculturalism, where people from all cultures live in peace & harmony, while also maintaining their cultural heritage and religious practices. In Canada, there are over 30 ethnic communities with 100,000+ people, and 11 that have a million or more people. This stands in contrast to ‘melting pot’ cultures where immigrants are expected to blend in and assimilate to the norms of their new home. Canada’s urban centres such as Toronto, Montreal, and Vancouver are particularly diverse, and home to many ethnic neighbourhoods. In Toronto, which is regularly referred to as ‘the most multicultural city in the world,’ more than half of the population identifies as a visible minority. 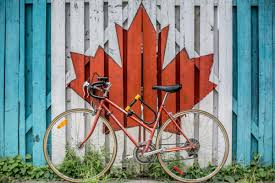 Canada spends more on education per capita than any other industrialized nation in the world and has been named the most educated country in the world. Canada’s K-12 public education system is regarded as one of the best in the world. Canada is also home to some of the world’s top universities, with McGill University, the University of Toronto, McMaster University, and the University of British Columbia ranking among the world’s top 100 institutions. According to Statistics Canada, 54% of Canadians 25-64 have a post-secondary degree, and an additional 10.8% have completed an apprenticeship or a trades certificate. In some provinces, the cost of tuition is fully or partially covered for low-income students.

Canada’s universal healthcare system was adopted in the 1960s. Under the program, every province or territory in Canada has a healthcare plan which provides all residents with reasonable access to medical services, without paying out of pocket for healthcare services such as hospital visits or access to doctors. In 2017, Canada spent $6,323 per person on healthcare, according to the OECD. Despite spending about half of what the US does per capita, Canada’s quality of care has been rated significantly higher. Thanks to the reliable healthcare programs available to everyone in the country, Canada has one of the world’s highest life expectancy rates at just below 82 years. That places Canada’s life expectancy at 18th in the world.

4. Canada is the 10th largest economy in the world

Canada was colonized by Europeans including the French and British as early as the late 15th century and was founded as the modern nation of Canada in 1867.

It's a prosperous country that can claim the 10th-largest GDP in the world, fueled in part by its vast natural resources, sizable manufacturing base, and vibrant seafood industry.

Today, Canada is the only major nation in the western hemisphere with a parliamentary system of government (aside from a few Caribbean island nations), which it borrowed from the United Kingdom. The country is divided into 10 provinces, with 75 percent of the population concentrated in just Ontario, Quebec, and British Columbia.

The nation has managed to thrive thanks to a friendly neighbor to the south that shares military and defense interests, not to mention healthy trade and tourism. And Canada can claim one of the highest standards of living in the world.

The World Economic Forum ranks countries by quality of life using criteria like access to medical care, sanitation, and shelter, as well as education, life expectancy, and personal freedoms.

On the WEF's shortlist are countries like Australia, Switzerland, the United Kingdom, and Sweden. But coming in second place – right behind Finland – is Canada. The country scored an 89.49 on the Forum's scale, trailing Finland's 90.09.

The United States doesn't just share a common border with Canada; it is also the country's biggest trading partner – and by no small margin. Canada exports $338 billion in goods to the US, which constitutes more than 75 percent of the nation's entire $450 billion export tally.

In contrast, Canada ships only about $12.6 billion in goods to the United Kingdom and $21.3 billion to fast-growing China.

If your mental picture of Canada's natural resources is limited to a few herds of caribou on year-round snow, you are mistaken – it's in fact the third richest nation on earth in natural resources.

The nation is home to the world's third largest confirmed petroleum reserves, as well as industry minerals, and is rich in minerals like gypsum, limestone, rock salt and potash, coal, and uranium. It's also the third largest exporter of timber in the world.

While Canada's petroleum reserves are officially pegged at the thirds largest globally, there's some evidence that this might be a conservative estimate. There are two factors in play here. For starters, The Saudi oil industry hasn't revised its official reserve numbers since 1988, and in 2011 Wikileaks revealed that the actual oil reserves might be as much as 40 percent less than claimed by OPEC.

At the same time, new analysis of Alberta oilsands show that the province's reserves may exceed Saudi by a significant margin, making it the largest crude oil reserves on the planet.

It's notoriously difficult to measure the length of coastlines – because jagged, irregular coastlines behave mathematically like fractals, you get radically different results depending upon the precision with which you measure.

Nonetheless, there's no debate that Canada has far and away the longest coastline in the world, 5 times longer than Russia and almost ten times longer than Australia. All that coastline helps Canada be the six largest seafood exporter in the world. Canada generates $4.2 billion in seafood annually, including more than $1.5 billion in lobster alone.

Canada produces 71% of all the maple syrup in the world

Pancake lovers should hope that global warming doesn't adversely affect the maple trees in northern Canada. Because though Vermont is a maple syrup powerhouse in the US, it doesn't hold a candle to Canada, which produces 71 percent of all the maple syrup for the entire world.

91% of that comes from a single province – Quebec. It takes a lot of people to keep the maple syrup flowing, with about 12,000 jobs dedicated to the industry.

Thanks to its early colonial history, Canada is a bilingual nation, with about 20 percent of the population, or 7.2 million people, speaking French. Most of the nation's French speakers are clustered in Quebec where French is the official language.

Throughout Canada, both English and French speakers have access to government servicers in the language of their choice, with bilingual signage, forms, advertisements, and more.

A 2012 study found that there's a cost associated with accommodating both English and French throughout the country – specifically, about $2.4 billion. The Federal government shoulders about $1.5 billion of that, with the rest picked up by the various provinces.

We get to share our knowledge as well as the latest trends, news and insights with you.